America “goes not abroad in search of monsters to destroy.” — John Quincy Adams

The foreign policy of the United States has become detached from any defensible conception of U.S. interests and from a decent respect for the rights and dignity of humankind. Political leaders have increasingly deployed the military in a costly, counterproductive, and indiscriminate manner, normalizing war and treating armed dominance as an end in itself.

Moreover, much of the foreign policy community in Washington has succumbed to intellectual lethargy and dysfunction. It suppresses or avoids serious debate and fails to hold policymakers and commentators accountable for disastrous policies. It has forfeited the confidence of the American public. The result is a foreign policy that undermines American interests and tramples on American values while sacrificing the stores of influence that the United States had earned.

The Quincy Institute is an action-oriented think tank that will lay the foundation for a new foreign policy centered on diplomatic engagement and military restraint. The current moment presents a once-in-a-generation opportunity to bring together like-minded progressives and conservatives and set U.S. foreign policy on a sensible and humane footing.

Our country’s current circumstances demand it.

We expose the dangerous consequences of an unaccountable, overly militarized foreign policy and present an alternative approach that promotes local ownership and resolution of local issues.

We connect and mobilize a network of policy experts and academics who are dedicated to a vision of American foreign policy based on military restraint rather than domination. We help increase and amplify their output, and give them a voice in Washington, including through our publishing platform Responsible Statecraft.

We develop compelling messaging and communications strategies on national security debates taking place in Washington and around the country to challenge excessive militarization and military spending and to educate the public.

We serve as a resource for allies in Congress, grassroots organizations, and emerging leaders in Washington and across the country who share our vision, values, and sense of purpose.

The Quincy Institute promotes ideas that move U.S. foreign policy away from endless war and toward vigorous diplomacy in the pursuit of international peace.

A world where peace is the norm and war the exception.

Support the Quincy Institute with a 100% tax-deductible donation.

Help us achieve a world where peace is the norm and war the exception.

The Quincy Institute stands for responsible statecraft, defined as follows:

The foreign policy of the United States exists to secure the safety and well-being of the American people while respecting the rights and dignity of all.

The United States should engage with the world, and the essence of engagement is peaceful cooperation among peoples.

For this reason, the United States must cherish peace and pursue it through the vigorous practice of diplomacy. Building on a great achievement of the twentieth century — the liberation of most of humanity from colonial empires — the United States should welcome productive initiatives by other nations in the twenty-first century. It should not inhibit others from acting to solve common problems, reduce conflict, and provide for their own security.

The United States retains a strong interest in being a responsible and constructive member of the international community.

It should act so that others can model their conduct on its own. Therefore the United States should respect established international laws and norms, discourage irresponsible and destabilizing actions by others, and seek to coexist with competitors. The United States need not seek military supremacy in all places, at all costs, for all time.

The use of armed force, while sometimes necessary, does not constitute engagement in the world.

Force ends human life, displaces people, devastates communities, and damages the environment. In these ways, it prevents genuine engagement. Any resort to force should occur only as a last resort. The U.S. military exists to defend the people and territory of the United States, not to act as a global police force. The United States should reject preventive wars and military intervention to overthrow regimes that do not threaten the United States. Wars of these kinds not only are counterproductive; they are wrong in principle.

The American people have the right and responsibility to participate in the making of U.S. foreign policy.

They should engage in a robust and inclusive debate about America’s role in the world. Further, Congress must fulfill its duties in foreign policy, neither tolerating the usurpation of its Constitutional role by the executive nor abdicating its authority to declare war.

Stay on top of how the world of foreign affairs is changing with our weekly newsletter.

Andrew J. Bacevich is the President of the Quincy Institute. He graduated from West Point and Princeton, served in the army, became an academic, and is now a writer. He is the author, co-author, or editor of more than a dozen books. Full bio

Chairman of the Board

Suzanne DiMaggio is a senior fellow at the Carnegie Endowment for International Peace, where she focuses on U.S. foreign policy toward the Middle East and Asia. She is one of the foremost experts and practitioners of diplomatic dialogues with countries that have limited or no official relations with the United States, especially Iran and North Korea. Full bio

Sally Donnelly served as Senior Advisor to Secretary of Defense James N. Mattis from January 2017 until February 2018. In previous government roles, she headed the Washington office of the U.S. Central Command, working for then-General Mattis until 2012. Full bio

Stephen B. Heintz is the president of the Rockefeller Brothers Fund, a family foundation with an endowment of approximately $1.2 billion that advances social change for a more just, sustainable, and peaceful world. Full bio

Leah Hunt-Hendrix is an activist, political theorist, and movement builder who has co-founded three organizations, including Way to Win, where she currently directs the project on governance. Full bio

Amed Khan has had an active career in both the public and private sectors, including a wealth of experience from political campaigns, government service and international relief work. Full bio

Mr. Najafi is the founder and Chief Executive Officer of Pivotal Group, a forty-year-old firm that actively invests in private equity and real estate. In 2005, Mr. Najafi established the Pivotal Foundation, as a charitable vehicle to give back to society and provide patronage for international awareness initiatives, global and local education. Full bio

Mike Zak spent 33 years as an entrepreneur and early stage venture capitalist. He is a Partner, Emeritus at CRV, where he made investments in telecommunications equipment, internet infrastructure technologies, and alternative energy systems Full bio

Khody Akhavi is a Multimedia Producer at the Quincy Institute. He holds masters degrees from Georgetown University and Columbia University. Full bio

Ben Armbruster is the Managing Editor of Responsible Statecraft. He holds a bachelor of arts in history from Ohio University and a master of arts in international relations from King’s College London. Full bio

Andrew J. Bacevich is the President of the Quincy Institute. He graduated from West Point and Princeton, served in the army, became an academic, and is now a writer. He is the author, co-author, or editor of more than a dozen books. Full bio

Kelley Beaucar Vlahos is a senior advisor for the Quincy Institute and editorial director at Responsible Statecraft. She has spent the last two decades in Washington reporting and writing about U.S. foreign policy and national security, politics, veterans, and civil liberties. Full bio

Eli Clifton is a senior advisor at the Quincy Institute and Investigative-Journalist-at-Large at Responsible Statecraft. He holds a masters degree from London School of Economics. Full bio

Mark Cunningham is the Director of Development at the Quincy Institute. He has dedicated his entire career to the non-profit sector and led the development efforts at a number of US and European based organizations. He holds a masters degree from the Central European University. Full bio

Sam Fraser is a communications associate at the Quincy Institute for Responsible Statecraft. He holds a B.A. in International Relations from Claremont McKenna College. Full bio

Jessica Lee is a Senior Research Fellow at the Quincy Institute. She is an expert on East Asia and a former congressional staff member. She graduated from Wellesley and Harvard. Full bio

Anatol Lieven is senior research fellow on Russia and Europe at the Quincy Institute for Responsible Statecraft. He was formerly a professor at Georgetown University in Qatar and a journalist covering South Asia and the former Soviet Union. Full bio

Jim Lobe is a Contributing Editor of Responsible Statecraft. He served for 30 years as DC bureau chief for Inter Press Service and directed the award-winning blog, LobeLog. Full bio

Lora Lumpe is CEO of the Quincy Institute. She has 30 years of experience in philanthropy, policy development, lobbying and campaigning on various aspects of US militarization. Full bio

Meiyee Mak is the Director of Operations at the Quincy Institute. She holds a Master's degree in Media Management from The New School and a Bachelor's degree in Economics from Bates College. Full bio

Rachel Esplin Odell is a Research Fellow in the East Asia Program at the Quincy Institute and an expert in U.S. strategy toward Asia and Chinese foreign policy. She holds a PhD in political science from MIT. Full bio

Trita Parsi is the Executive Vice President of the Quincy Institute. He is an award-winning author and the 2010 recipient of the Grawemeyer Award for Ideas Improving World Order. Full bio

Mark Perry is a senior analyst at the Quincy Institute. He is a widely published military and foreign affairs reporter, analyst and award winning author of ten books, including most recently “The Pentagon's Wars: The Military’s Undeclared War Against America's Presidents.” Full bio

Tiffany Robinson is the Operations Associate at the Quincy Institute. She holds a degree in Business Administration and Accounting. She has 20 years of experience working in the publication and insurance industry. Full bio

Jessica Rosenblum the Director of Communications at the Quincy Institute. Prior to Quincy, she served as J Street’s Senior Vice President of Public Engagement. Full bio

Annelle Sheline is a Research Fellow at the Quincy Institute. Her research focuses on religion and politics in the Middle East. She received her doctorate from George Washington University. Full bio

Steven Simon is a Senior Analyst at the Quincy Institute. He studied theology at Harvard and public policy at Princeton before government service at the State Department and the NSC. Full bio

Alex Spire is the Social Media and Digital Marketing Manager at the Quincy Institute. He comes to QI from the Ploughshares Fund, where he served as a Research Assistant and the founding producer of the organization’s podcast, Press The Button. Full bio

Michael D. Swaine, director of QI’s East Asia program, is one of the most prominent American scholars of Chinese security studies. He comes to QI from Carnegie Endowment for International Peace, where he worked for nearly twenty years as a senior fellow. Full bio

Adam Weinstein is a Research Fellow at the Quincy Institute. His research focuses on security, trade, and rule of law in Afghanistan and Pakistan. He is a veteran of the Marine Corps and the war in Afghanistan and received his JD from Temple University Beasley School of Law. Full bio

Stephen Wertheim is the director of the Quincy Institute's Grand Strategy program. He is a historian of U.S. foreign policy and world order. He holds a PhD from Columbia University. Full bio

The Quincy Institute advances its mission to promote ideas that move U.S. foreign policy away from endless war and toward vigorous diplomacy in the pursuit of international peace with the philanthropic support of generous individuals and foundations. We are proud to recognize the following institutional supporters who help further our work. View a full list of Quincy Institute’s financial supporters here and our conflict of interest policy here. In early 2021, we will undergo an audit of our first year of operations and will make that available on our website. 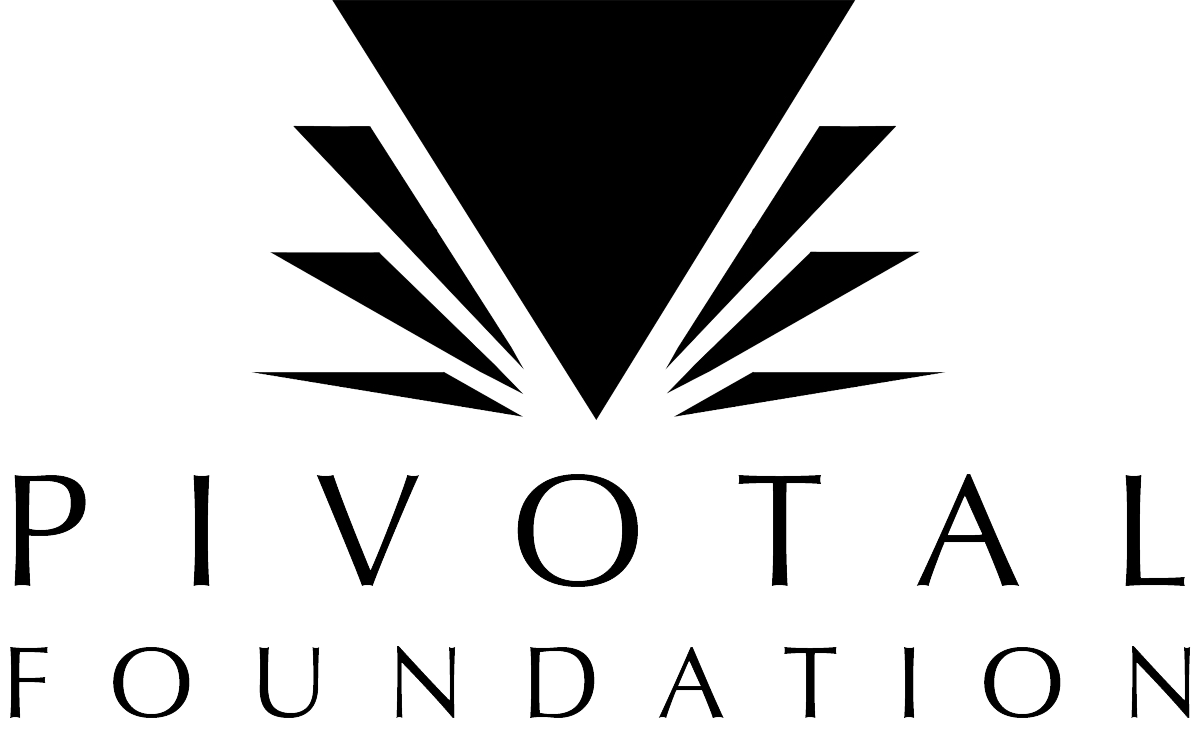